The Obvious and Not So Obvious Environmental Benefits of Solar Energy

Solar Panels Are Hard to Miss These Days

New installations are popping up all over the U.S. thanks to lower equipment costs and a number of new incentive programs.

One of the biggest factors behind solar’s growth is its recognized positive effects on the environment. Not sure what they are?

Here are some of the obvious and not so obvious reasons that solar benefits the environment.

When solar arrays generate energy, there is less demand for more traditional energy sources, like fossil fuels. Fossil fuels are finite resources that have to be extracted from the earth. Extracting fossil fuels poses numerous threats to the environment, and the extraction sites often remain vulnerable to becoming environmental hazards for decades after use.

Solar energy is not only renewable, but is harvested cleanly, efficiently, and safely by a solar array.

Why is carbon emitting bad for the atmosphere?

For life on Earth to thrive, our atmosphere needs to maintain a healthy temperature. Earth is heated by a phenomenon called “The Greenhouse Effect.” The sun’s rays pass through our atmosphere and warm the planet during the day. During the night, a large portion of that heat dissipates from the earth’s surface back into space. But some of the heat doesn’t escape because our atmosphere acts as a partial barrier.

This is the same effect that occurs within a greenhouse. The glass ceiling and walls allow light to enter the building, but when the energy tries to leave in the form of heat, it is prevented by the glass. When we burn fossil fuels, the amount of greenhouse gases in the atmosphere increases. This makes it more difficult for the heat which Earth absorbs from the sun to dissipate back to space, and makes the planet warmer than life on Earth is accustomed to. Global climate change is a major issue facing current and future generations.

Anyone who lives in a town with a traditional power plant nearby knows that air quality is a vital concern.

Traditional power plants releases toxic gases such as nitrous oxide and sulfur oxide into the atmosphere. These chemicals are linked to various respiratory health issues. Coal and natural gas burning power plants also emit gases that lead to the formation of smog, which has been shown to cause detriment to health.

Not So Obvious Reasons

It’s a surprise to many that using solar helps conserve water resources. Many traditional energy production processes can’t function without immense amounts of water. Water is either used for cooling or converted into steam to turn turbines and generate electricity, with some methods costing up to 50,000 gallons of water per MWh.

Extremely hot water is often a by-product of the cooling process, and is sometimes dumped back into natural water sources. This addition of hot water can raise temperatures unnaturally and negatively affect the ecosystem.

Electricity often has to make a long journey from the place it’s generated to the place where it’s used. While the electricity is traveling through utility power lines, there are losses in efficiency. With solar, energy is often generated and consumed right on site. When consumed on-site, the generated electricity has much less distance to travel, leading to less energy lost in transit.

Most residential and business installations cause no detriment to the landscape. In fact, solar panels are often installed on pre-existing structures, or in field or lawns that are already free of trees. Compared to a traditional power plant, solar panels integrate seamlessly into the community.

There are many other little-known benefits to solar power, and solar array owners should be proud of the positive effects their array is having on the environment. Not only does solar help financially, but it does wonders for the environment.

With so many benefits to the world we live in, and installation prices becoming more affordable than ever before, solar just makes sense. You may hear that solar is “bad” for the environment, but that argument doesn’t accurately measure the costs and benefits of solar.

Most importantly, any kind of manufactured product has its cost to the environment. With solar power, the environmental benefits can pay that cost back many times over. When you consider all the factors involved, solar is a net win for the environment and for humanity!

Going solar doesn’t just help the environment, it saves you money, too. If you are interested in finding out if solar is right for you, please contact us with questions or for a free professional solar quote. 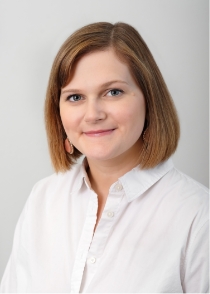 Receive the Latest Solar News Directly in Your Inbox.

Thanks! You'll get our newsletter straight to your inbox!

How Does Solar Help the Environment?

Why Is Online Monitoring Important?

Solar Produces The Most When Facing South: What If Your Roof Doesn't?